Last night (5th July 2020) the UK Government announced a rescue package worth £1.57 billion to help the UK’s arts and culture sector cope with the impact of the Covid-19 crisis.

Dan Read (Chester Live & Music Is Now) and Jamie Northrop (Alexanders Live) have made the following statements on the investment.

Dan Read said, ‘I was clearly delighted last night to hear of the announcement by the UK Government as they unveiled a £1.57 package of grants and loans for music and arts organisations.

I’ve worked within Chester’s vibrant live music scene for over 15 years now and during that time seen many peaks and troughs. The Covid-19 crisis, and subsequent closure of the city’s live music venues, has been the first real threat to the entire local music scene as a whole. Venues have been weeks away from closure. Our city’s culture faced what has been deemed an ‘extinction level event’.

Music Venue Trust have done incredible work over the last 15 weeks to make sure our world class live music scene has got the recognition it deserved from our Government. That recognition in some ways is worth more than the deal itself.

MVT’s work, with the Secretary of State and the team at DCMS has given our sector the opportunity to develop genuine solutions to the challenges faced by grassroots music venues across the UK, and specifically the venues in Chester.

This funding will help to stabilise and protect our venues whilst they are unable to open and trade. By doing so this gives our venues have every chance to re-open to the public when it is deemed safe to do so.

I can’t thank the MVT team enough for the work they’ve done, it’s an incredible achievement!

Also, the support of over 1500 artists last week with the #LetTheMusicPlay campaign, brought the harsh reality of the situation facing our venues to the forefront of people’s minds. Without their support, we would never have got to this point

I know the challenges aren’t over, and until the detail of the deal is available there will still be a lot of concern out there within the sector. Our venues need support NOW! I hope the Government, with the Arts Councils, can create an application process which is streamlined and easy to understand under the guidance of Music Venue Trust.

This is a huge step in the right direction and I look forward to Chester’s live music venues being open again in the future.

Chester’s live music scene now has a clear pathway to revival, and hopefully growth in the future.’ 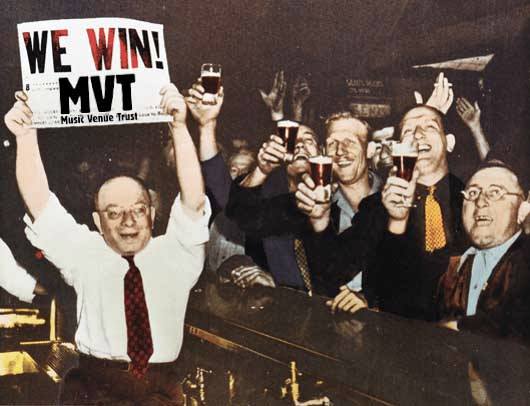 Jamie Northrop said, ‘The news announced by the government of £1.57 billion injection into the arts and cultural sector I am sure is warmly welcomed by the entire sector and everyone at Alexander’s Live joins in this. It has been an extremely tough three months for everyone, and we have been joining the efforts of the Music Venue Trust in campaigning for the government not to forget live music venues along the way.

Everyone wants their businesses back open but with the recent announcement that live music, comedy, even, quizzes, were to remain banned, things did look bleak for the sector. Live music and comedy are our heart and soul. The smiles on faces at the gigs are what make us tick. The dancing and companionship found at a show is our lifeblood pumping through our veins. Lately this has had to stop for everyone’s safety, and it looks as though it’ll be a while still before we are all back singing and dancing together. But, we have been so overwhelmed with everyone’s generosity and support and this truly does reiterate the fact that we might not even all know each other names, but we are a family united by something we love.

This support has kept us from permanent closure over the initial three months of the pandemic but of course this cannot last forever. We are extremely grateful for this lifeline offered by the government and we hope it has come in time to secure and save all live music venues across the UK. We know there is work to do and still tough times to come but to have live music recognised in so many statements from the government yesterday and today is truly amazing. This wouldn’t have happened without the hard work of all at the Music Venue Trust and without the 800 Grassroots Music Venues coming together as one voice.

What we need now is to keep our collective voice and ensure this money reaches the venues that need it and in time to save them from permanent closure. The Music Venue Trust have extensive knowledge of the sector and each of the 800 grassroots music venues within it so we will continue to work alongside them and keep our fingers tightly crossed that the good news continues.’ 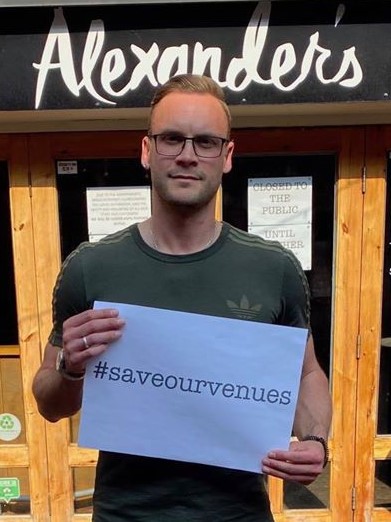 For more information on the deal please go to the official Government press release here: https://bit.ly/38zFzTE